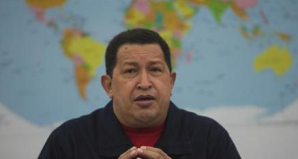 I admit it. I’m a dyed-in-the-wool capitalist. I’d debate any socialist til the wee hours to proclaim my point of view. Until now. I have no answer for this argument. “Capitalism may be to blame for the lack of life on the planet Mars”, Venezuela’s socialist President Hugo Chavez said on Tuesday – (Reuters News Agency). Chavez elaborated, “I have always said, heard, that it would not be strange that there had been civilization on Mars, but maybe capitalism arrived there, imperialism arrived and finished off the planet,”

Hey, I have no proof that isn’t true do you? After all, with all the investigating that the Mars rovers did there was absolutely no sign of a Social Security system, Medicare, Obamacare, Unions, communes, you know, all the things that make progressives feel all warm and fuzzy inside. Why would this be? Obviously because some capitalist system was employed that destroyed any chance that Mars could sustain life.

Chavez, who espouses Capitalism as the cause of all the world’s problems, further warned that water supplies on earth were drying up (notwithstanding the fact that 70% of the earths surface is STILL covered by water and this was one of the worst years on record for flooding). Look at Mars. It’s now proven that water existed on Mars at one time but it is now barren. Could the earth be far behind? And what about the possibility of martian made global warming? Can anyone prove to me that Capitalism didn’t cause martian excesses to the point of destroying their atmosphere? Of course you can’t. Was there a martian Algore that went unheeded? In fact, the more I think about it, maybe Algore is a martian come to earth with the clarion call.

These theories postulated by Mr. Chavez certainly give me pause. I still favor Capitalism but as of now the jury is still out. Let’s wait until the Mars Mission is over before we jump to conclusions.

8 thoughts on “Just another reason to hate Capitalism…………”