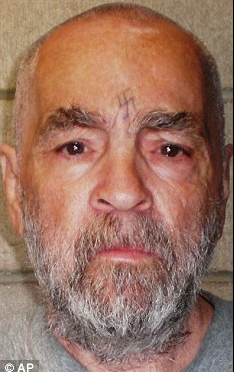 Man made global warming is for real! All this time I have spent fighting to expose this money making hoax has been for naught. Finally, someone whom I can respect and look up to has helped me see the light. You can rest assured there will be no more Algore bashing posts on this blog site.

All along, Algore has had his supporters, but I have tended to be dismissive of them. The environmentalists – well, why wouldn’t they support it, no surprise there. Ralph Nader then lent his good name to the cause. But I thought “he’s kind of a professional againster isn’t he? Should I really believe him?” Obama joined the rallying cry during his campaign, but there were obvious ulterior motives there for sure.

But I can no longer show the indifference that has kept me from truly understanding how significantly man is destroying the fragile temperature balance of the earth. A person has come forward that cannot be ignored.

Breaking a 20 year silence, Charles Manson has spoken out. On the 40th anniversary of his conviction for the slaughter of 8 people by “Charlie’s cult”, the environmental guru has come out in support of Mr. Gore’s movement. If you thought he was going to shock us with a pronouncement of his remorse for his crimes you were sorely disappointed. He had more pressing things to speak about.

Charlie opined: “Everyone’s God and if we don’t wake up to that there’s going to be no weather because our polar caps are melting because we’re doing bad things to the atmosphere. If we don’t change that as rapidly as I’m speaking to you now, if we don’t put the green back on the planet and put the trees back that we’ve butchered, if we don’t go to war against the problem………….(the rest was unintelligible).

This is worse than I thought. It’s not that we’re going to have bad weather, we’ll have no weather at all. What will we do for small talk? Will George Hamilton start looking like the rest of us? They’ll be no more double headers in baseball because they’ll be no rain-outs. The reality show “Storm Chasers” will get canceled. And that’s just for starters.

It’s now clearer than ever why his disciple Lynn “Squeaky” Fromme tried to assassinate President Ford in order to “save the Redwood trees”. If only she had waited, she would have seen that the Redwoods would soon be able to sue the President for their plight. (See my blog https://thecvillean.wordpress.com/2011/04/14/hello-im-mother-earth-your-worst-nightmare/)

And how about this for a new slant on our priorities, butchering people is OK as long as you don’t butcher any trees. Do you think environmentalists will endorse that testimonial? One of the worst mass murderers in history, with a swastika carved in his forehead, is now our national conscience. You can’t make this stuff up. I love this country.

(P.S. I lied about no more Algore bashing posts.)

2 thoughts on “OK, I get it now……..no one ever explained it quite like that before.”