Everything’s relative isn’t it? That includes a jail sentence. Yesterday, Lindsay Lohan spent what must have seemed like an eternity in the slammer. Yes, poor LiLo served an agonizing 5 hours in the Los Angeles County jail. Compared to the 84 minutes in lock-up she served in 2007, this must have been an excruciating ordeal for America’s sweet tart.

Would you buy a used car from this woman?

In a classic case of extreme authoritative abuse, the criminal system of LA has actually made Lohan serve a total of 6 days over the past several years for such innocent pranks as drug abuse, numerous DUIs, failure to appear, and violation of probation. Can’t these people take a joke? This latest frivolous sentence was imposed just because Lindsay got kicked out of her community service gig with a women’s shelter. I don’t know why, but one could reasonably assume that the battered women actually felt safer with their abusers than cooped up with Lindsay for the day. 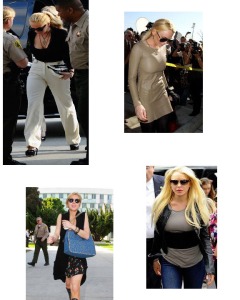 Citing prison “overcrowding” as the reason, Lucky Lindsay was released and sent home. Sent home with the promise that she would now continue her 470 hours of community service at the county morgue, where she is cleaning bathrooms and mopping floors. Personally, I think this is a good idea since at the rate she is going she is certain to become one of its future residents relatively soon. She’ll have a chance to pick out her own slab.

A "stiff" dose of reality for LiLo.

For those of you who have never witnessed the excitement of a freight train derailment, this is pretty much the same thing. Except with Lindsay, the toxic waste never gets cleaned up. We’ve seen this so many times before. To name a few; Anna Nicole, Michael Jackson, most recently Amy Winehouse, and even our beloved Marilyn Monroe all telegraphed what was to come, leaving us helpless to change the outcome.

They’ll be hand-wringing, finger-pointing and wrist-slapping. But that’s the wrong part of the anatomy. A well placed boot in the hind quarters could avoid all that. But that’s not going to happen. You see, Lindsay is the Queen of the “bad girls.” That group of Hollywood divas that seem to get a pass because, after all, they are under the “stress” of fame and fortune. 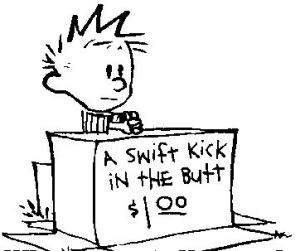 My solution to Lindsay's problems

As for us, the unlovable, we continue our lives of quiet desperation, obeying laws and treating our bodies with respect. Silly us.