By now I’m sure most readers are aware that the San Francisco Board of Commissioners has passed a resolution recommending that the local justice system “rebrand” convicted felons who are released from prison.

So as to not hinder this person in his/her attempts to become contributing citizens again (were they ever?), they should not be referred to as felons but rather, “a formerly incarcerated person.” Since even that has a perjorative word in it, you may also call them “a justice involved individual.” If that is still too harsh for your tastes, “a returning citizen” will do just fine. You know, kinda like someone who just came back from years in the Congo trying to save children from ravaging disease.

After thinking about this for a while, it occurred to me that if we are going to destigmatize these “returning citizens” we’ll also have to rebrand their crime. Victims must learn to use these new descriptions when recounting the act or it will be decidedly unfair to the felon (oops, I mean person involved in the justice system).

Here’s some suggestions that might help people explain why they are suffering from PTSD while still showing sensitivity to the perpetrator.

It’s not, “I was mugged!” Rather, “I encountered a person who was intensely interested in my financial worth.”

It’s not, “I was kidnapped!” Rather, “I took an unplanned road trip with a human relocation expert.”

It’s not,”I was a victim of a mass shooter!” Rather, “I was unknowingly interacting with a life deprivation enthusiast.”

It’s not, “I was raped!” Rather, “I was physically enticed to share in an  sperm recipient event with a returning citizen..”

It’s not, “My car was stolen!” Rather, “My auto has been inexplicably removed from my proximity for an undetermined amount of time.”

It’s not, “My store was robbed at gun point!” Rather, “An unscheduled audit of my cash register was conducted by a customer with a compelling rationale.”

It’s not, “I was tortured!” Rather, “I was made cognizant of the upper limits of my pain threshold for an extended period.”

There you have it. That should totally complete the rehabilitation process of those unfortunate formerly incarcerated persons. I humbly suggest that their first job as newly productive citizens should be cleaning up the human excrement from the streets of San Francisco. The commissioners don’t seem to be as tuned into that problem. 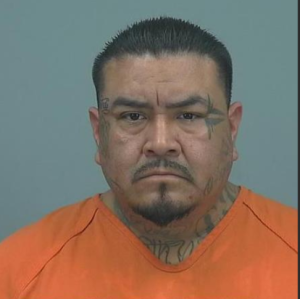 Please remember, if this person moves in next door, he is not a “Parolee” he is “An individual with a supervisory need.”