I moved a thousand miles away from my hometown the week after I finished 7th grade. After that, we kind of bounced around due to my father’s employment so I never really got to lay down any deep roots anywhere else. Then college and military service added to the collage that would be my history.

I rarely got a chance to visit my hometown and when I did it was strictly a family affair. The friends I made in elementary school were off somewhere on their own and circumstances were such that we just never saw or heard from each other again.

Until now. Thanks to the miracle of technology, I have reconnected with some of them. By way of Facebook, I have found former friends from the navy, college, high school and yes, even elementary school.

But I’d like to tell you about one in particular. She was a pretty girl that I got to know in the 3rd grade. She was smart, friendly, outgoing and best of all, she put up with me. I was pretty much your typical boy, obnoxious and liable to do anything to get attention. You know, the teacher’s worst nightmare. I thought my whole purpose in life was to play sports and tease girls mercilessly.

But this girl saw through the façade and befriended me anyway. We would walk to and from school together and joke and tease one another in an amiable manner. I would never admit it to my macho playmates at the time, but she was probably my best friend. In any case, we both enjoyed this “unofficial” friendship. We kind of lost a little of the closeness when we went on to 7th grade and as I said, I moved shortly thereafter.

In the intervening years I would occasionally wonder what happened to her and how she was doing. I imagined she was doing the same as me, getting married, having a family and starting a career. Little did I suspect I would ever know the answer. Enter the computer age. Some 53 years after I left that small town, I was a Facebook subscriber trying to reconnect with some of my past. Naturally, she was one of the first people I searched. As it turns out, she was also looking for me.

Long story short (I know, too late), we contacted each other and our regenerated friendship has been a source of great delight for both of us. We have gotten together with our spouses on many occasions since. The four of us have become good friends. It’s amazing how we picked up right where we left off. Despite some philosophical differences, we find we still have much in common, including being blessed with loving mates of 40 years plus and terrific grandchildren. I know some of you reading this have experienced the same thing in your lives. Friendships like these are more precious than gold. Maybe that’s why they call them the “golden years”?

If you are curious, I have attached two pictures below. One was taken in our 6th grade year, and the other on our first reunion 53 years later. Can you pick us out? If you comment, I will let you know if you’re right. And Jeri, as one of our classmates, you are ineligible for this contest! 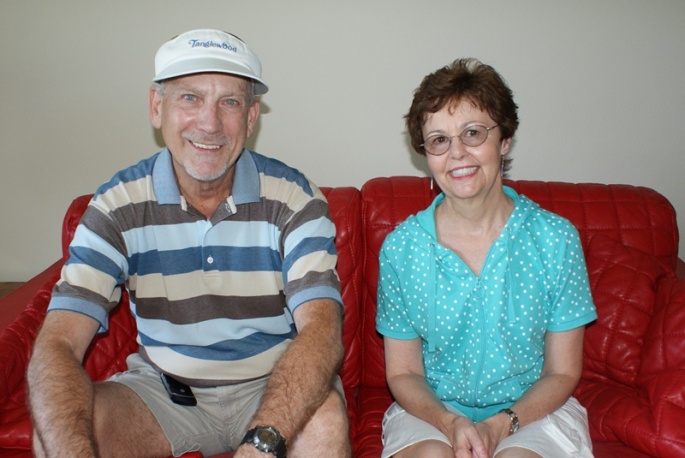