Last weekend, my wife and I attended my 50th high school reunion. I had great time. The organizing committee did a great job but I couldn’t figure out why they invited all those old people. No matter. In anticipation of the event, I bought a book to read up on what to do prior to a reunion. 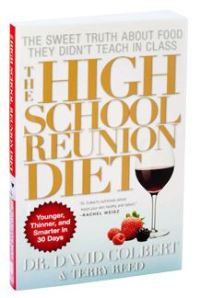 I met my wife right after college, so she was not familiar with the school, my years as a teen, or even that area of the country. I must admit, even I was apprehensive about seeing my former classmates again. I hadn’t been to a reunion since graduation, so it was going to be like meeting a bunch of strangers. The only difference was, these strangers had incriminating stories about me. Not true, mind you, but incriminating nonetheless. 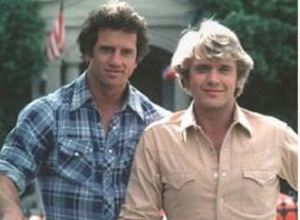 "This is a picture of Big Al and me right after we stole Boss Hogg's squad car."

I was surprised at how easy it was to slip back into causal conversation with my old schoolmates. Apparently, I wasn’t quite the dweeb they thought I was back then. Years have a way of distorting the past don’t they? Good for the years.

My yearbook picture. And people said I was a dweeb. What were they thinking?

At the final dinner, statistics were read about the demographics of the class. But I wanted to delve a little deeper. I wanted to know if any of the predictions made in the yearbook came true. You know, what student was most likely to succeed, most likely to become an astronaut, etc. So I did a little research. I thought you might like to see a few of the winners and what they look like now. 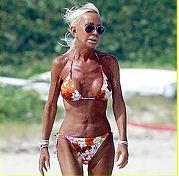 Student most likely to never give up teenage fashion. 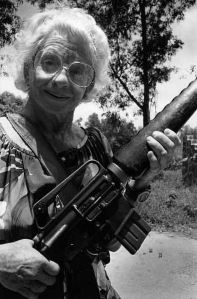 Student most likely to become a soldier of fortune.

Student most likely to donate his body to Aborigine art. 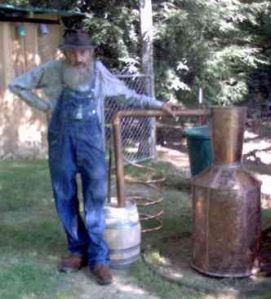 Student most likely to establish a successful beverage company. 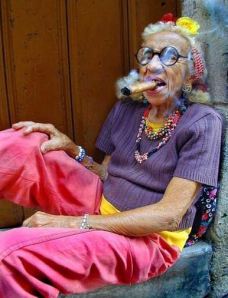 Student most likely to defy the embargo on Cuban cigars.

And of course there were also the predictions for the inseparable couples that you just knew were going to marry right out of high school.

Couple most likely to get caught skinny dipping.

And last but not least:

OK, I guess in all fairness, after putting you on about this affair and to uphold the truth-in- blogging credo, I should reveal the actual before and after pictures as a gesture of good will. 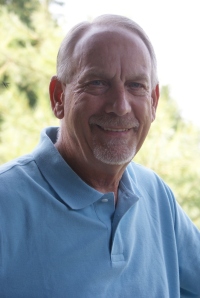 As for 50th reunions: it’s a good thing they only come along every half century. A guy could start to feel old!

28 thoughts on “No country for old men……the sequel.”