Well, another few months have passed since this year’s 1st edition. What have those zany folks that walk among us been up to since last we went to press? Let’s find out, shall we?

1. The “sorry teacher, but we ran out of apples” award to the students in a Newport News, VA middle school who were caught trying to poison their teacher by putting hand sanitizer in her tea. The teacher, who was remarkably restrained and calm, stated: “It’s hard to get into an adolescent’s mind. The class I teach was math review, and a lot of them aren’t too keen on math and they don’t really want to be there.” D’ya think? 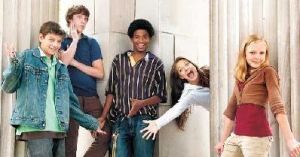 “We were going to put tacks on your chair, but that wouldn’t have killed you.”

2. The “first the polar bears and now the humans” award to the 500 people who were stranded on an ice flow that broke away in Latvia. Though most of them were ice fisherman, there were some families that were also carried away. Rescue efforts are still underway. While the “man-made global warming” crowd is sure to pounce on this as further evidence, a snapshot taken at the scene revealed what may uncover foul play as the real reason. See below. 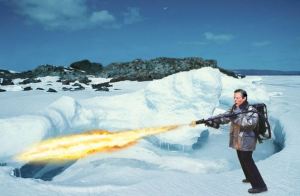 3. The “cut off your nose to spite your face” award to Vladimir Putin, Russia’s President, who banned the adoption of Russian orphans by same-sex couples. Citing the moral ambiguities faced by the children, Putin decided that a Siberian gulag was preferable for the little tykes over a warm loving home that didn’t meet his definition of marriage. However, adoptions continued when gay activists discovered a loophole in the law that allowed for adoption by “full of good cheer” couples. 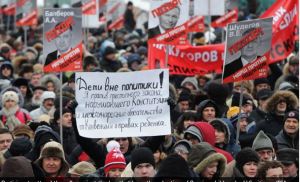 4. The “one from column A, two from column B” award to the woman in Hooksett, NH who called 911 claiming a medical emergency. When the paramedics arrived at her home, she stated that she simply needed help ordering a Chinese dinner. She was promptly arrested for “misuse of an emergency line” and taken to jail. In spite of this, two hours later, she used her allotted phone call to dial 911 to say she was hungry again. 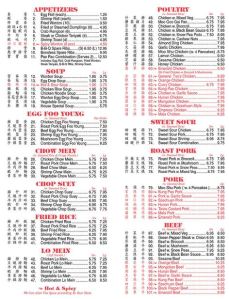 Note fine print at bottom: “If you have any questions, please call 911.”

5. The “excuse me, but could I have a nitro glycerin tablet with those diamond pendants” award to the two men who went into a jewelry store in Oxford, England to rob it. Immediately after smashing some glass cases and confronting the staff (who had dialed 999) one of the robbers, apparently highly nervous about the heist, had a heart attack and collapsed on the floor. Flummoxed, the other robber fled the scene, empty-handed. Police arrived and called medical which transported the ailing ne’er-do-well to the hospital. In a move reminiscent of liberal America, where criminals have more rights than victims, the government bowed to pressure and a new law was passed requiring all jewelry stores to have defibrillators available to avert this kind of tragedy in the future. 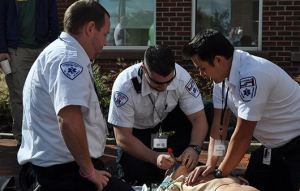 “I don’t know about you, but I’m really getting tired of doing the jeweler’s job.”

6. The: “I really had a tough day at the office!” award to the prostitute in Zimbabwe, Africa who passed out while having sex with her “trick.” In a scenario remindful of the Monty Python sketch “throw out your dead”, the man, thinking she had died, called paramedics who came and promptly declared her dead because her body was so cold. Seemingly, checking for a pulse is not part of the training in Zimbabwe. Anyway, as must be the custom in that part of the world, they put her into a casket forthwith to prepare for burial. She suddenly awoke, bolted up and screamed “You’re trying to kill me!” The astonished yet somewhat offended paramedics retorted, “no, we’re only trying to bury you.” 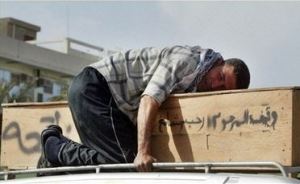 “Does this mean we’re off for next week?”

7. The “PETA can tattoo this” award to the man in North Carolina man who has created huge controversy among animal lovers after tattooing Duchess, his own pure bred pit bull, right on her belly. The man, who was confronted by reporters after he was caught leaving a Mensa meeting, said he did the tattooing after he “anesthetized” the dog. He claims the tattoo, which says “Duchess”, is much like branding cattle so they can be identified. And we wonder why pit bulls have a reputation for being mean. 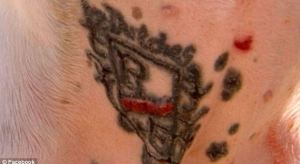 As always, I’d like to thank the denizens of the world for providing such easy blog fodder and making me feel so superior.