In a display of love and affection all but unknown here in the states, Kim Jung Un, admired and benevolent “Supreme Leader of North Korea”, appears to have been re-elected to that exalted office with an astounding 100% of the vote. With only the heavily supportive western districts of Pyongyang yet to report, it is virtually certain that the 100% figure will be sustained.

In another statistical category sure to put the United States to shame, it was estimated that 99.5 % of eligible voters turned out at the polls, with only comatose citizens abstaining. Contrasting sharply with the apathetic and minuscule electorate that grudgingly slogs their way to the voting booths in hamlets like New York and Los Angeles, the North Korean voters appeared jubilant and excited over their chance to put their patriotic furor on display for all to see.

In a related, but no less surprising item, all 687 of the other deputies to the Supreme People’s Assembly also won in their respective districts by unanimous count, making the always contentious and vituperative elections in the U.S. look sadly petty by comparison.

Come on America, wake up and smell the coffee! Do you really want to continue supporting a country with a cornucopia of goods, boundless opportunity and beauty, countless freedoms and envied by most other nations, over a country on the brink of starvation, bleak landscapes and reviled by the rest of the world? Our indifference at the polls would seem to indicate just that. The choice is yours. 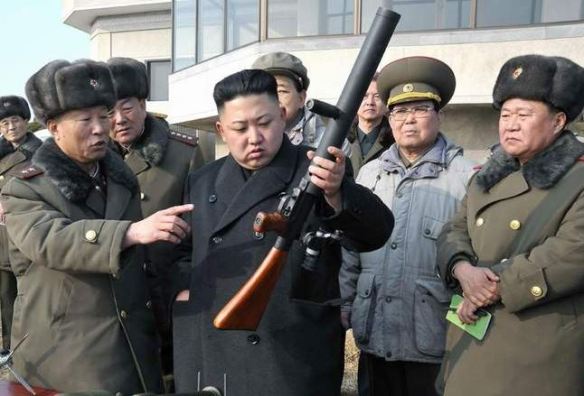 Kim Jong inspecting the new “get out the vote” technology at one of the local voting districts.