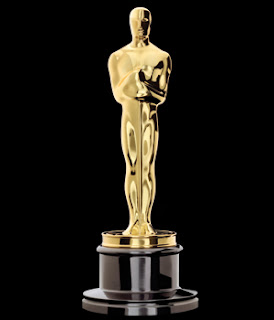 I can’t believe it. We’ve almost made it through another painful movie awards season with all it’s gratuitous self-aggrandizement. As all the hollow praise subsides let’s review what we have been through. We have been subjected to the Critics Choice Awards, The Peoples Choice Awards, The Golden Globes, The Screen Actors Guild Awards, The MTV Movie Awards, The Independent Films Awards, and finally, the Oscars. And that’s only the ones I can remember. If you count BAFTA (England) and Cannes Film Festival (France) you see there are nearly 10 award galas for just one profession. It should be pointed out that the same stars and movies usually win at each show.

How many other professions can you name that have 10 different awards ceremonies to honor the best and the brightest? How many even have more than one? TV (Emmys), Broadway (Tonys), Music (Grammys) only have one show. OK, country music has it’s own awards but it is distinctly different. Education, medicine, law, architecture, etc.etc.etc. all have pretty low profile yearly awards. Many are done on a local basis but if it’s national it is not only relatively rare, but quite subdued in comparison. Even sports, with all its massive egos doesn’t gather for self praise on multiple occasions.

And when did the pompous entrance of the narcissistic guests to these affairs become a TV show in itself? There are actually people making wads of money just for critiquing the dresses the starlets wear. There even may be a major for that in colleges now, I don’t know. Sad to say, but that’s the best part of the evening. Once the show starts, it’s boring, embarrassing, awkward and excruciatingly long. The same people who are patting each other on the back will be at each others throats the next day.

What I would like to see is more realistic award categories. No one cares about the best set designer, choreographer, wardrobe designer, screenplay writer and so on. Sure, these are talented people, but what I want are categories that reveal the real Hollywood. Like maybe these for example: