It’s fast approaching. September 1st, that very special of all days. Sept 1st marks an unofficial end to summer and hot days and humidity. Sept 1st is the harbinger of crisp sunny days and cool nights. Sept 1st heralds the arrival of incredible vistas with a smorgasbord of colors and falling leaves. But above all this, something even more beautiful will be marked by this very special day. Yes, praise heaven, it is the beginning of college and pro football season!

Actually, last night, August 28th, 2014, football games were played all over the country to mercifully breathe life back into that mass of protoplasm that went into a catatonic state when the last of the bowl games was played last February. He will now put on a display of metamorphosis that would make a caterpillar green with envy (that is, if it wasn’t already green). He will perform a miracle of regeneration worthy of Lazarus himself.  He’s awaken, he’s renewed, his team is undefeated. Life is good. God is in his heaven.

Weekends, Monday nights and Thursday nights he will be raptly attending to his teams of choice and their trials against those unworthy foes that would deny them victory. This is no small responsibility. His bragging rights with his friends are at stake. His self-worth, nay, his whole identity as a person could be shattered by one dropped pass, by one untimely fumble, by one bad call. This is war, with no quarters asked and none given. And no quarterbacks either.

During this stressful  time, he requests of you only your love, your understanding and your caring devotion, as well as an occasional beer and pastrami sandwich brought to him during the height of battle. If his team is to succeed, he must devote full attention to the fray. He must second guess the clueless coach who, had he done it his way, would have prevailed. He must referee each play, as the officials on the field are all obviously sight-challenged and remarkably incapable of calling even the most egregious foul against his brave warriors. And the replay reviews, my God, the replay reviews! Their outcome, no less important than the jury verdict in a capital crime trial, must be commented on ad nauseam, lest an official make yet another terrible mistake that will doom his beloved team.

He knows it’s hard on you, his wife, to be out of touch for whole days and nights at a time. He understands this. That’s why he checks his email during halftime. He only asks that you keep attachments to a minimum. And please, no forwards.

So there you have it. The most important time of the year explained. But take heart, I myself am not among those who would risk sacrificing a sacred bond with another just to watch a bunch of sweaty giants running into each other so they can carry some odd-looking ball across some perceived important goal line. I will be here for you to answer any questions about how to deal with this annual impediment to your healthy relationship with your significant other.

In return, I ask just one favor of you. Do you think I should draft Peyton Manning or his brother Eli as quarterback for my fantasy team? 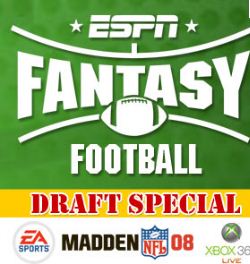 NOTE: This is a re-post of my original post in August of 2011, with some small changes to keep it current.  I cannot imagine a more timely topic so worthy of a re-post, right guys?

Occasionally, some of your visitors may see an advertisement here.

Tell me more | Dismiss this message

“A funny thing happened on the way to Christmas”…….

A funny thing happened on the way to Christmas……..

48 THOUGHTS ON “REQUIEM FOR A RELATIONSHIP…..”

When commenting please try to avoid phrases like “literary trash”, “Pulitzer would turn over in his grave”, “WordPress should shut you down”, etc., no matter how tempting.

2 thoughts on “Requiem for a relationship……….(repost)”