A few months ago, Governor Jerry Brown passed a law in California regulating just how much cow manure and cow flatulence can be tolerated due to its effect on the atmosphere. This is a bold and innovative move on his part in the ever-present fight against Global Warming. I left this alone for a good while, but I can’t hold it in any longer (no pun intended). Such a forward-thinking act deserves no less than my renowned poetry to honor it. Not to mention I’ll use any excuse for a limerick!

Global Warming’s cause is the rage

But who thought it would get to this stage

Yet it’s now come to pass

That a bovine’s big ass

Will act as the cause’s new gauge.

Governor Brown is heading the push

If she continues to fart

He’ll be keeping a chart

And be hiding behind every bush!”

This law has no area of grayness

For the crime against earth is so heinous

The time has now come

To restrict a cow’s bum

And deal with their runaway anus.

Since cowpies are hurting the air

He’ll fight with his usual flair

And give them the axe

With a flatulence tax

The next time you’re craving a cone

You’ll just have to leave it alone

And boycott the dairies

Crusade for cows to atone! 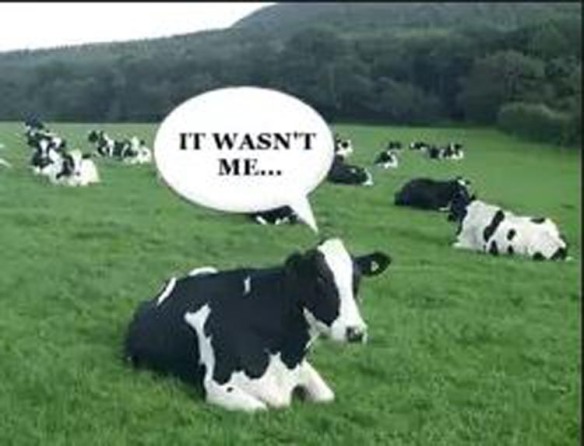